Sometimes, things seemingly so black-and-white can paradoxically share a fundamental common facet. Take marmite and snow for example; they’re pretty black and white, right? No. People tend to either love or hate them both. As one would hope, most people who choose to live in the mountains love snow – in fact, many live and breathe it and if biological processes would allow, would spend the six warm months of the year in a self-induced hibernation. Now, whilst there snow way I intend to become that infected with snowmania, and especially not let it infiltrate into my writing, the three metres of powder which fell in the first two weeks of the season, made me realise why Whistler Blackcomb has been the number one resort in North America for at least a decade. 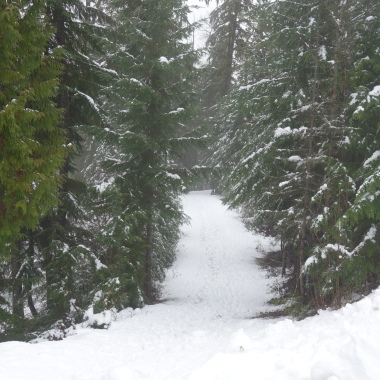 The natural desire to live and work in a ski resort is probably not something that is inherently woven into my genetic makeup. For a start, my relationship with the white stuff has always been a bit icey ever since I was twelve, when a few of us, still unsure whether posh or pikey would serve us better in life, decided it would be a ‘quality, sik idea’ to target cars with snowballs as they went by on my street. One young, testosterone-fuelled, Vin Diesel look-a-like, slammed on the brakes, slid straight into a parked car, and came over all guns blazing, leaving my dad to have to deal with the mess… emotions ran high, Nick just ran… but to be fair, I aimed for the back window and with the precision of a proton beam at CERN, that’s exactly where it hit, and noone can ever take that away from me!

I also haven’t skied since I was fifteen, so I was by no means arriving as a die-hard powder fanatic; I anticipated it to be a bit of a bubble, similar to university, where you feel removed from any general socio-economic reality – it is basically a Disneyland for grownups – architecture and all; and I knew it would be pricey, like $5-a-loaf-of-it’s-not-even-proper-bread pricey. But to have the opportunity to become a very proficient skier, to live somewhere so different and prestigious, and to meet some great and unique (sometimes to say the bloody least) people, and all of this with a subsidised route in by working for the resort, far outweighed everything else. 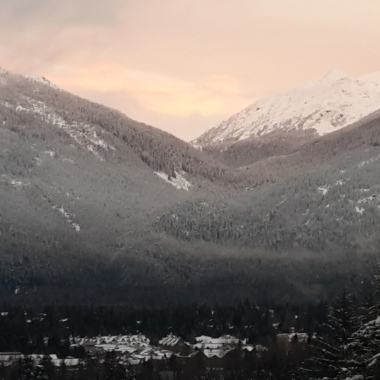 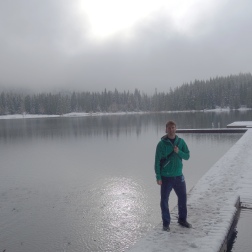 Ironically, Whistler was originally called “London Mountain” when British surveyors named it in the 1860s because of the heavy fog and rain which often engulfs it. To improve its future marketability, it got its current name due to the shrill whistle made by the marmots living amongst the rocks. When Blackcomb and Whistler ended their rivalry and merged operations in 2003, the resort became what it is today.

But I’ve heard Whistler being described in a number of other ways; the most livable city in Australia, the most sought-after suburb of Sydney, little Melbourne… you get the general gist of where I am going – I’ve lived in Oz for two months now and no one ever told me it got this cold! In all seriousness, the Aussies, Kiwis and Brits, as well as a smattering of Scandinavians, who flock to live in these hills, do so for a reason – there are very few places in the world that offer what Whistler does.

With over 8100 acres of skiable terrain, a mile of vertical on two mountains and the Peak-2-Peak gondola, which holds the world record for the highest and longest unsupported cable car, the resort gets over two million visitors a year; that’s more than three times the population of Seattle, which makes perfect sense as it seems the entire population of Seattle makes the four-hour drive here at least three times a season! And all of this with Vancouver, one of the most desirable cities in the world, on your doorstep. 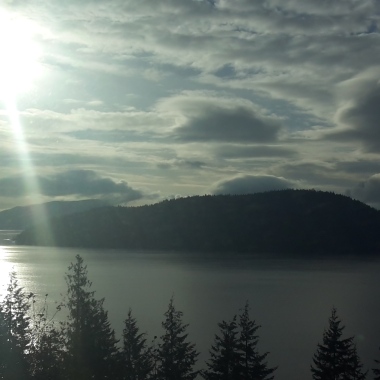 Working in one of the hotel rental shops, you are part of the front line of the resort’s services. It’s a fun and, at peak times, insanely busy job but providing the wrong equipment or even poor service, could simply determine if guests will choose to ski in Whistler again… some may even feel the $140/day ski pass could be better spent on a far cheaper trip to enjoy sliding on the Bulgarian ice, or even to try out the half-a-billion dollar snowdome in Dubai – God help us all.

But regardless, in a place like this, having a balanced lifestyle is the key to getting the most out of it, especially when the elements hit. The first month in Whistler, the rain was constant – Vancouver recorded the most rainy days ever for October, with 28. Next came the powder and then the Arctic ridge, with this last week dropping to -18C. But with the cold, clear skies comes the scenery – and it quickly reminds you why you made the decision to come in the first place. 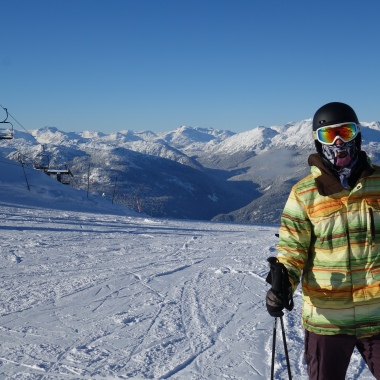 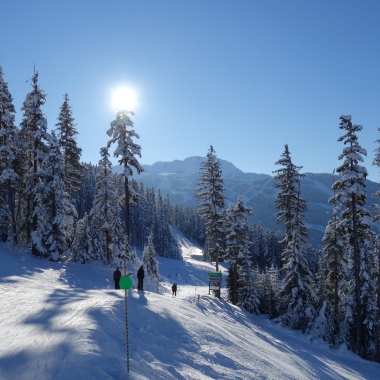 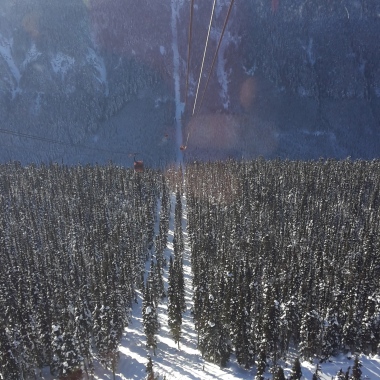 Taking a lift up Blackcomb mountain earlier in the week, with seemingly very few people out on the slopes, Paul Simon’s ‘You Can Call Me Al’ from his ‘Graceland’ album, was playing out of some piste-side speakers through the trees. It’s an album my parents used to play often, and for many people living here, they have found Whistler to be their very own Graceland. Looking around at the top of the hill, with the British Columbian air biting hard and without a cloud to the horizon, it wasn’t hard to see why.