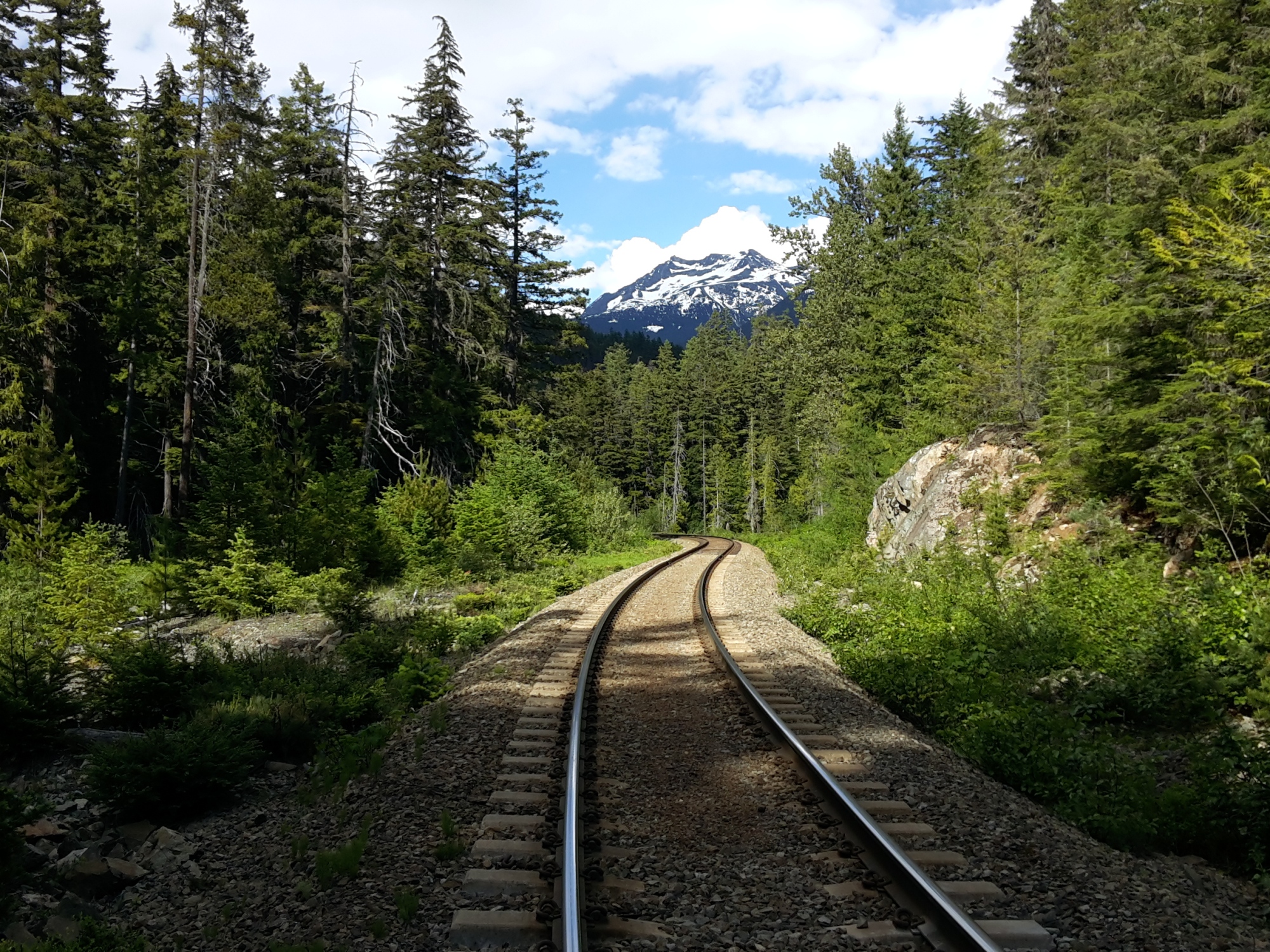 Nowhere new you’ve been, and no place you’ll ever go, leaves you. The new parts of you simply jump in the car and go along for the rest of the ride. But these new pieces don’t just sit dormant your whole life. They continuously mould your journey, help change perspective and are ultimately why places either grow on you, or why you may, either temporarily or permanently, grow out of one. Either is fine; the success of your journey, and destination, depends on who’s driving.

Leaving London almost a year ago, I was ready for a new place to grow on me. It’s what I wanted and purposefully hoped for, not necessarily to replace the one I’d left – you can’t grow out of London, per se – but to look for the possibility that I wouldn’t feel the compulsion to rush back. Your hometown will always be your hometown, but it’s good to try to create some transient detachment. Then just let roll, hold on and see what the road brings.

Having already written two articles on Whistler and mountain life during a winter season, I wasn’t sure if there was anything substantial left to say. A few months later, the Sun’s shone down the answer; cue the third and final… 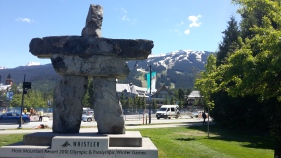 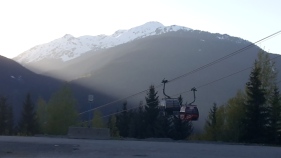 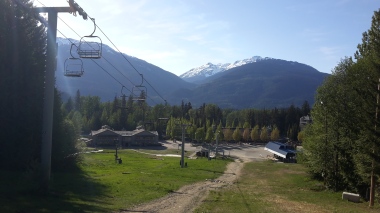 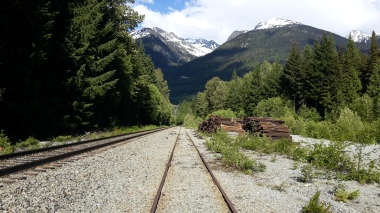 I mentioned previously, how the Coastal peaks dramatically began to transform and show their true rocky face as the winter’s Sun gradually started to pump out some heat. But the region turns into a different world. If you were to imagine you were standing at high Alpine at 1900m, in mid-January, and looked around the valley, you would predominately see two colours; white and a deep dark green, which may as well be a lighter shade of black. Come June, that black and white has morphed into fifty shades of green. This may sound like a vegan’s favourite erotic novel, but the fundamental point here is that the place comes alive. You’re reminded it’s part of the Pacific temperate rainforests ecoregion – the largest of its kind on Earth, that runs from Alaska down to California. Coming out of a record season which saw over twelve metres of snow fall across five months, rivers and streams appear to run in more places than the path of least resistance would seem to dictate. Almost. They run fast and hard… really hard, and don’t want to stop. Destination: the Pacific. Only to return as rain and snow from October. But this morphing environment is what is so unique about this whole landscape, and why the place has such appeal over summer as it does as a die-hard, dollar-drenched, ski-town. 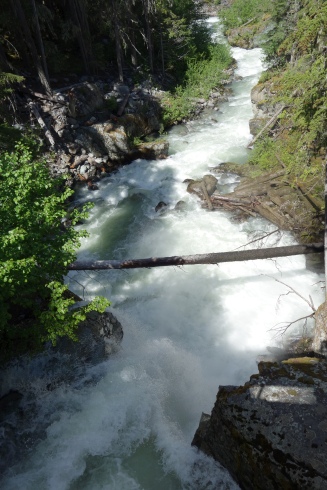 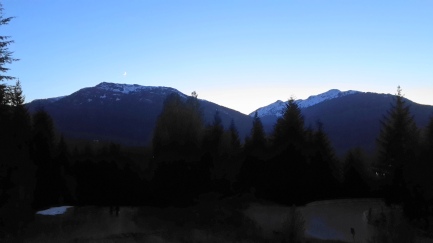 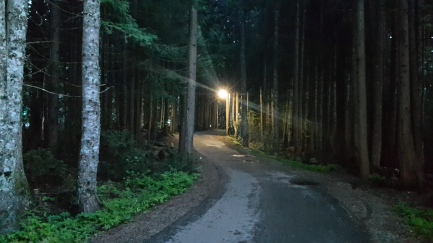 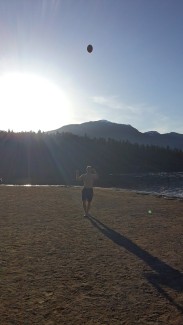 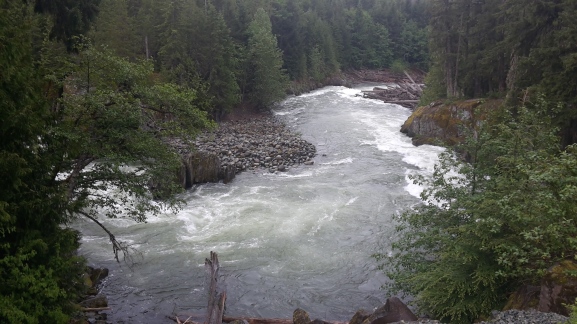 Since April, the region has been unceremoniously dragged through one heat wave after another. Hot during the day, but then the Sun drops down and apparently winter never really leaves – and the mosquitoes do all they can to ruin your night. The blue sky lights up Green Lake, revealing its emerald beauty, yet the accumulation of all of this is that it has also lit up the province. As of mid-July, almost 120 wildfires were burning in BC, with a total area of 725 square miles affected this year. That’s the size of Whistler to Vancouver and ten miles across; or for those more comfortable with the old classic area comparison, which has never failed to bring some perspective – *enough* football fields.

Even with the closest fire over a hundred miles east, the haze has started to hit the valley and the resort. It’s said that life is not about waiting for the storm to pass, but learning to dance in the rain. That storm is needed, and now. Rain is a good thing, at least for the 40,000 evacuees.

Summer also brings out the mountain wildlife. Cue Black Bears and cougars. These two naturally pose more risks than others; and this is their territory, not ours. Bears are fairly common in and around the hills and as long as one doesn’t get too close, there isn’t too much. I guess despite the thrill of seeing a cougar, you must consider yourself lucky if you don’t. But close encounters can and do happen. My most recent was with a 48-year old Californian housewife named Cindy and so if you do want a glimpse, by all accounts, the best place for the highest chance is Buffulo Bills bar in the village on a Wednesday night. Like leopards on the African plains, if you do end up spotting one, it is nearly always too late… 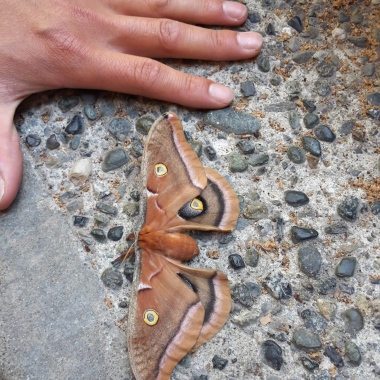 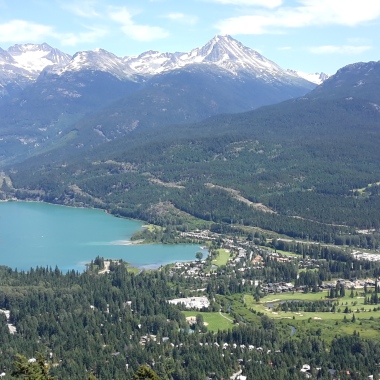 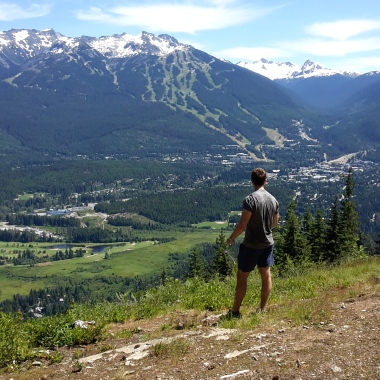 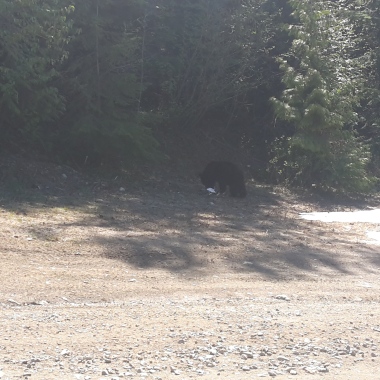 But it’s far from just the natural environment that brings the summer crowds to Whistler. Having been immersed in and experienced what it means for many to have the relatively healthy addiction of sliding on planks of wood and carbon, floating on a cloud, I had little idea of how the pull of gravity on a dual-suspension, $9000 pair of wheels, holds equal religious importance. The biggest and most varied downhill mountain bike park in the world brings in the summer pilgrims. Whilst they may be far fewer in number, they are equal in devotion. And like pilgrims of many traits, any sense of fashion sensibility remains remarkably questionable. Snowboarders must surely go into a Burton store and regardless of their height or stature, clear out all the XXXL hoodies. Downhill bikers have a similar but different issue with their legwear. Having been working in Lululemon for a couple of months, and being the luxury brand that it is, if I was asked to describe the official length of a rider’s bike pants, I really couldn’t. Finishing higher up than any ankle pant and longer than any crop I’ve come across, they generally fall somewhere on the tibia just about long enough to cover up the patella-saving knee pads, whilst almost meeting the shin-stretched socks; not quite 3/4 length but 5/8 is pushing it. But who am I to judge, when I’d rather be embracing the Lycra spandex on a carbon speed machine.

I’ll just quickly bring up Lulu again. If someone had said to me twelve months ago, whilst busy blindly searching for something that couldn’t be found in the bland and soulless (with the obvious exception of the Tfl office) concrete jungle of Canary Whalf, that next summer I would be in some mountains, selling yoga & fitness gear to mainly women with some $$ to spare, I probably would have choked on my baguette, and spat out the Pret-a-Manger cappuccino. “Sure. Why not…”

I probably stick out like a sore, semi-deliberately awkward, British thumb; “How are you today, Sir? How about our Anti-Ball-Crushing (ABC) pants?” “I think our ‘All-The-Right-Places crop’ would really bring out your … eyes, Madame.” The guests almost always appreciate being greeted, helped or educated and you can meet some great people. Then rarely, but every so often, that one comes in who, no matter what you say, or how you approach them, they don’t want to know – and they know how to make sure you know that; no words are needed. The Boss once wrote in the song, You’ll Be Comin’ Down: “You’ll be fine long as your pretty face holds out, then it’s gonna get pretty cold out”. I hope your $150 pants keep you warm – have a great day. Although, maybe I’m the one left getting pretty cold out. Thanks to the leadership team for picking & sticking with me. 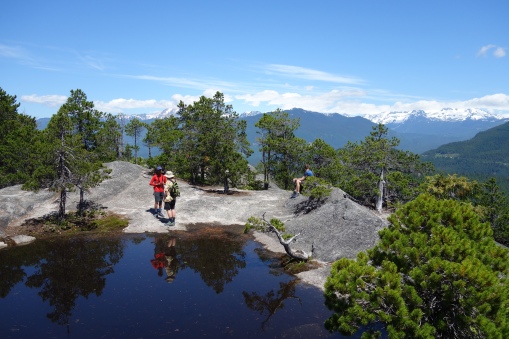 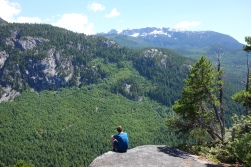 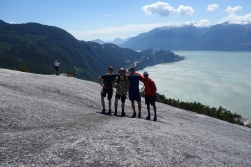 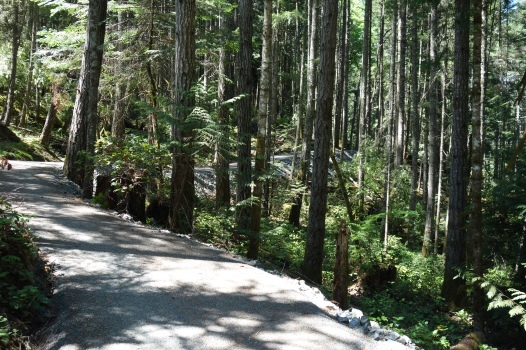 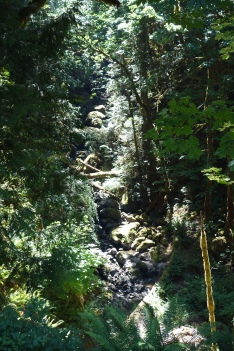 Whistler is a year round resort town, through and through and growing. Now under Vail’s power, it is destined to become even bigger, probably better. I hope for the sake of the surrounding natural aura, there is control in that power. In summer, the options are there; there are endless routes into the wild. But three things have really stood out. Firstly, the hunt for the Ghost Town. This is an old logging town called Parkhurst, which was abandoned in the Sixties. To find it, it’s a couple of hours climbing down through the forest and you eventually hit the wooden huts in the trees, and rusted-out trucks. You follow the railroad back. It was a crazy day.

The one hour seaplane flight from Green Lake, over the mountains, over Vancouver and over to Victoria, is like few others. With seven on board, and before anyone else had the chance, I shamelessly asked the pilot to sit up front, to really get a view: “Sorry folks, big kid coming through, if you look out of your window, you’ll see less than me, enjoy your flight.” I didn’t say that. Finally and prematurely, I expect to be the summit of Black Tusk. The remains of a volcano core, and the most prominent peak in the region, I hope the view up top lives up to high expectations; course it will… 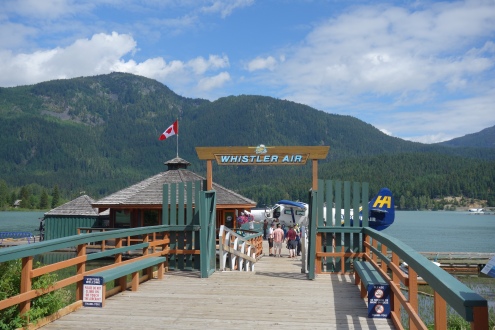 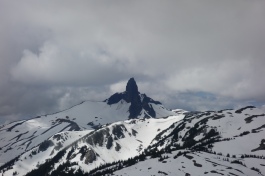 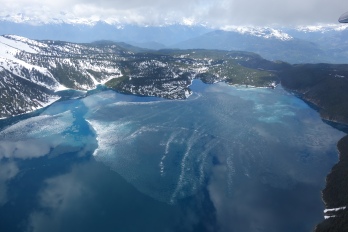 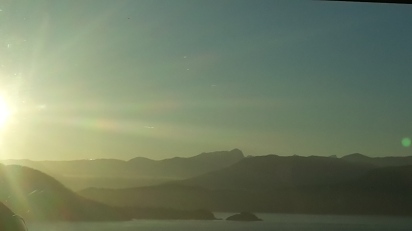 Some places grow on you, either temporarily or permanently. The success of your destination, depends on who’s driving. For now, London’s there, I’m here; go figure. Whilst it may shift in appearance over time for whatever reason, your hometown will always be so; that doesn’t change. But people do. And it’s said many often inevitably find their way back to it – their own way back. But it could be a long walk home. The route isn’t always so simple.

4 thoughts on “Canadian Life: One Road Through Summer”