It’s a beautiful paradox. It’s said that the true purpose of life’s journey, is a journey to find your life’s true purpose. To find true meaning, and what ignites the spark that one strives to keep alight no matter how many storms pass. To discover where your soul fits into the mosaic tapestry of human civilisation and consciousness. Satisfaction, contentment, even happiness are all by-products that follow suit once a meaning is progressively realised. But it doesn’t always come easily, as there are often many complex barriers blocking the road to realisation. And to attain it in its purity, one may have to enter the dark and devastating world of “meaninglessness” in all its deprivation – devastating not just to the individual but the repercussions this inevitably has for society at large. But it’s a vital organ of life’s initiation process and is a passage in itself. I always admire the few who come out of college and seem to know where their meaning lies; I also question how they can be so sure, so young. Some are. Yet meaning is said to be indelible and one must therefore have the discipline and courage to set routines and goals in order to try and experience it, to discover it. So, you set a goal far enough ahead, that you can only envision its accomplishment rather than view it on the horizon. But to reach out, you’ve got to step up. Step up the ladder of initiation. Its eventual achievement, and attainment of the result, will always be secondary and complementary to the burden, value and fulfilment of the voyage one must take to find gold.

Ironman. And it’s 6am. Amongst the love and grace of those mystical mountain gods so invisible in the dead of the misty morning night, the “why” beckons. It demands some answers. It’s a wonderfully painful, complex, resourceful and hopefully incredibly rewarding question to ask, if given the time and space to be contemplated. It’s also something that would need to be addressed more than once on this journey if it was going to shift and not loiter along with my inevitably diminished and lean shadow for the next ten months. It dawned fairly quickly that there’s no simple answer and that it would require a continuous yet progressive personal dialogue in order to try to unravel one. With five months to go, that dialogue will only become more tested, doubted, questioned, dismissed, summoned… though if I’m lucky, it will keep talking.

Why. Being intimidated by a physical challenge has never really been an issue. The problem is, this doesn’t mean I’ve known for sure I always stand a chance, having often relied on my existing level of fitness and type of training, and then done what it takes, partially sighted, just so I could silence those inner doubters. This approach is fallible and requires a) good fortune and b) remaining within your current framework, occasionally on the extremes, but generally just forgoing any required adaption in exchange for suffering. It won’t and doesn’t always work. By aiming to complete an Ironman in a respectable time, it will fail. This is a journey of sacrificing an unresourceful version of yourself to prove that you’re capable of stepping up to be a vaguely competent and versatile amateur athlete, and to show that moving across from strength and pushing iron, to the rocky face of the endurance and chasing ‘Iron’, is possible within a year. My job specification during the course of this journey therefore, is to finally put some of my engineering degree to use and bridge the void between where I have been and where I now need to go. The key, and where the time and energy are spent, but the reward is found, is the willingness to invest in the foundations; and an Ironman calls for some deep, robust and durable reinforcement.

But there is something to stand on. It’s not a case of starting from ground zero, or going from nothing to something, and this is of huge benefit and is important. Having a decent base level of strength and fitness is a big advantage to make any transition, and this is, relatively speaking, what I’ve built up over time. But when it comes to the swim-cycle-run trilogy, physically that’s about as far as it goes – a solid base and little more. A great grounding for the ensuing foundations to be constructed throughout the course of the training regime. Ultimately it isn’t existing physical attributes that really matter; it’s being able to develop and utilise a mentality and mindset that can deal with the rigours and repetition that the months of training involve. Therefore, what is an invaluable transferable mental asset, is having experience of the pain of pushing beyond, especially when it’s based on the higher intensities of weight and interval training. Being comfortable with physical exhaustion, means you know how to deal with it. On the extremes of where you’re used to operating, this is where your mental support needs to hold. It must coexist in harmony, cooperate in tandem & understand that pain is resourceful. Over winter and minus ten degrees, this is tested and your ability to deal with it is brought forth. With the lakes frozen white, road-riding not feasibly and the weather occasionally hindering running outdoors, you have the more mentally eroding pool, spin bike and treadmill, with nothing but yourself. You need that to be enough, that’s the trick; over an hour on the treadmill and it borders inadequate. But when considering those to whom the immeasurable pain of suffering a chronic disease wasn’t a choice, it brings the necessary perspective. You push through.

Yet the transition up to this point, has also revealed more than anticipated. It has brought to the surface underlying physical discrepancies and weaknesses which the squat-rack and barbell glossed over so well. As the endurance and distances covered increases, the body’s unique adaptability begins to shine and its ability to hold and move heavy weight is all too quickly rendered useless – it’s a remarkably rapid change. So, in the odd moment of nostalgic egotism, where you load the barbell up, replacing your rationality with iron plates, the body doesn’t hold, the right QL muscle badly strains and spasms, exposing the a-symmetric imbalance in strength you have built up over time, and pulls the pelvic girdle right where it shouldn’t – twisted and leaning to one side, and pointing directly to the chiropractor’s office. This has been a recurring issue and something I’ve had to manage. When the spine and pelvis are pulled out of alignment, it affects everything; the nerve centre goes into a burning overdrive, sending shooting pain round and down the hip-flexors to the thigh. This tightening of the TFL and Sartorius muscles, affects the motion of the knee causing pain when cycling and running.  Everything falls victim to spinal skeletal misalignments. It’s with the necessary careful management that one must have faith that it’s all part of the process of sacrificing that unresourceful version…

The more complex part of this “why” lies in an element of ego, which can be resourceful if kept within the realms of realism. It’s the interaction of how we perceive ourselves to the outer world which often strives us to do and not do certain things. Whilst this was and is as big a fitness challenge I could get my hands on, manifesting itself in front of me at the exact point in time for standing the best chance of success, and having some of the most knowledgeable and remarkably supportive people around for guidance, to complete an Ironman is also a nice sobriquet to hold. It’s nice, not to boast of any potential or eventual achievement, as you can still achieve and be personally disappointed with your performance, but to prove that you had and have the capacity to work yourself into a position where the achievement is achievable – to sacrifice by investing in a worthwhile yet unknown and at times, chaotic journey, or as Jordan Peterson proclaims, being able to successfully tread the line between order and chaos with resilience and courage. The law of tribal congruity isn’t inert – the more elite a crowd, the more attractive the membership, whether an illusion or real. 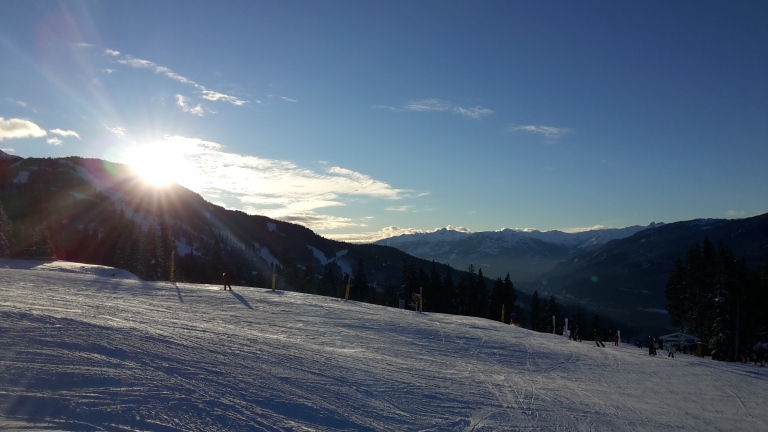 Iron… and there are various ancient mythological and psychological associations to it; the Roman and Greek gods of battle, Mars and Ares and their relation to the warrior’s battlefield; blood and sacrifice; luck and fortune; and intellectual and spiritual warfare. To get to July in the shape I need to be, all of these powers may have to remain present. There are many variables at hand that can hinder or enhance your performance on the day – such things are often beyond your control. But you can determine your readiness to handle them. Doing so requires reclaiming any faith you may have left on the shelf and leaving the existential self-doubt on the one above. In this light, Ironman is a personal journey of learning more about one’s own handling of such a reclamation. As long as that’s the main prize on offer, I’ll keep chasing.